The heatwaves this summer have been pretty intense. But if you look at your rosé glass half full, heatwaves are the perfect excuse to host/organize/attend a pool party. You know when it’s so hot and humid that you tell yourself, “Man, I could just jump in a pool right now”? Well, I figured why not do exactly that with friends who most definitely feel the same way?

While discussing the next get together with my girlfriends, I thought that this time instead of my couch and red wine, it would be bikinis and spiked punch at my condo’s indoor pool. And almost instantly, the right hemisphere of my brain throbbed this creative idea: “MERMAIDS.”

A pool party with six of my girlfriends was the quintessential opportunity for me to finally style a mermaid themed event. Sure, I could have just made margaritas, ordered pizza and called it a day. But let’s be real here. Y’all know a mermaid party needed to happen in my life.

Luckily, I didn’t have to go far to find decor inspiration because I already own a lot of mermaid-y stuff (are you even surprised?). As fun and exciting as this theme was for me to visualize and plan, the “challenge” with planning a mermaid party for adult women is that a lot of the readily available mermaid-themed supplies are designed to suit, well, a younger audience.

Even though I definitely wanted to include some Disney reference to my theme, I still wanted the overall ambiance to remain “grown up”. I know,  fictional sea creatures, adult women in their 30s and Disney don’t exactly fit that logic, but I knew I could make it happen.

So while going through my stuff, it was the cover of this Hans Christian Andersen’s Fairytale book and this serving fork that ignited my leading inspiration for the mood and design of this grown-up mermaid party.

For those who are unfamiliar with the fork reference, it’s a symbolic ode to the Dinglehopper, the term that Scuttle, Ariel’s goofy seagull friend, falsely informs her that that’s the object humans use to brush their hair.

So naturally, the utensils on the kitchen table were appropriately labelled with that iconic reference from The Little Mermaid. An abundance of Dingehoppers were ready for my mermaids to take for their food. Or their hair. Whichever.

While sorting out my mermaid props, I knew I wanted to showcase my beloved wrought iron mermaid jewelry dish. While placing my fairytale book next to it, I realized now the statue’s pose matches perfectly with the book cover. Sea glass and precious stones were displayed in the dish along with the copper and turquoise serving fork, to mimic collectible treasure found under the sea.

Similarly to the set-up of my taco party, I wanted to add some dimension to the table. I placed some wooden boxes against the wall and covered it with a fishnet, where iridescent paper plates, mermaid napkins and turquoise paper cups with seashell stickers were displayed. A garland of golden mermaid tails dangled above, framing my DIY “Mermaid Cove” sign (inspired by Mermaid Lagoon from another Disney classic, Peter Pan).

For everyone’s comfort,  towels were available to take to the pool, and I had some bath products packed as well. Of course, my mermaid tail blanket was tucked out as an inviting welcome to set the mood.

I found these iridescent mermaid crowns by pure luck while waiting in line at HomeSense. I took it as a nod of approval from the universe to buy these to enhance the mermaid experience. They were the perfect playful touch to make my girlfriends feel like sea goddesses.

Finally, the pièce de resistance for this pool party was a totally unexpected surprise. My friend brought over this seashell pool float that we all excitedly floated on, posed on and took meticulously staged Boomerang videos. This float brought out the children inside of us and turned it into the most girliest and giggliest of afternoons. My intention to make this party “grown-up” did not last very long once this inflatable pink toy appeared.

Beverages were kept simple and theme-appropriate with a mixed drink of blue Hawaiian Punch, Sprite and Vodka. In other words, Mermaid Water. For ready-to-grab beverage cups, I marked everyone’s plastic cups (safe to bring down to the pool) with individual mermaid stickers  and their names.

For food, the menu consisted of snacks to nibble on before ordering a platter of sushi. But “snacks” sounds so boring so obviously I turned it up a notch and labeled all the food items theme-appropriately, such as: 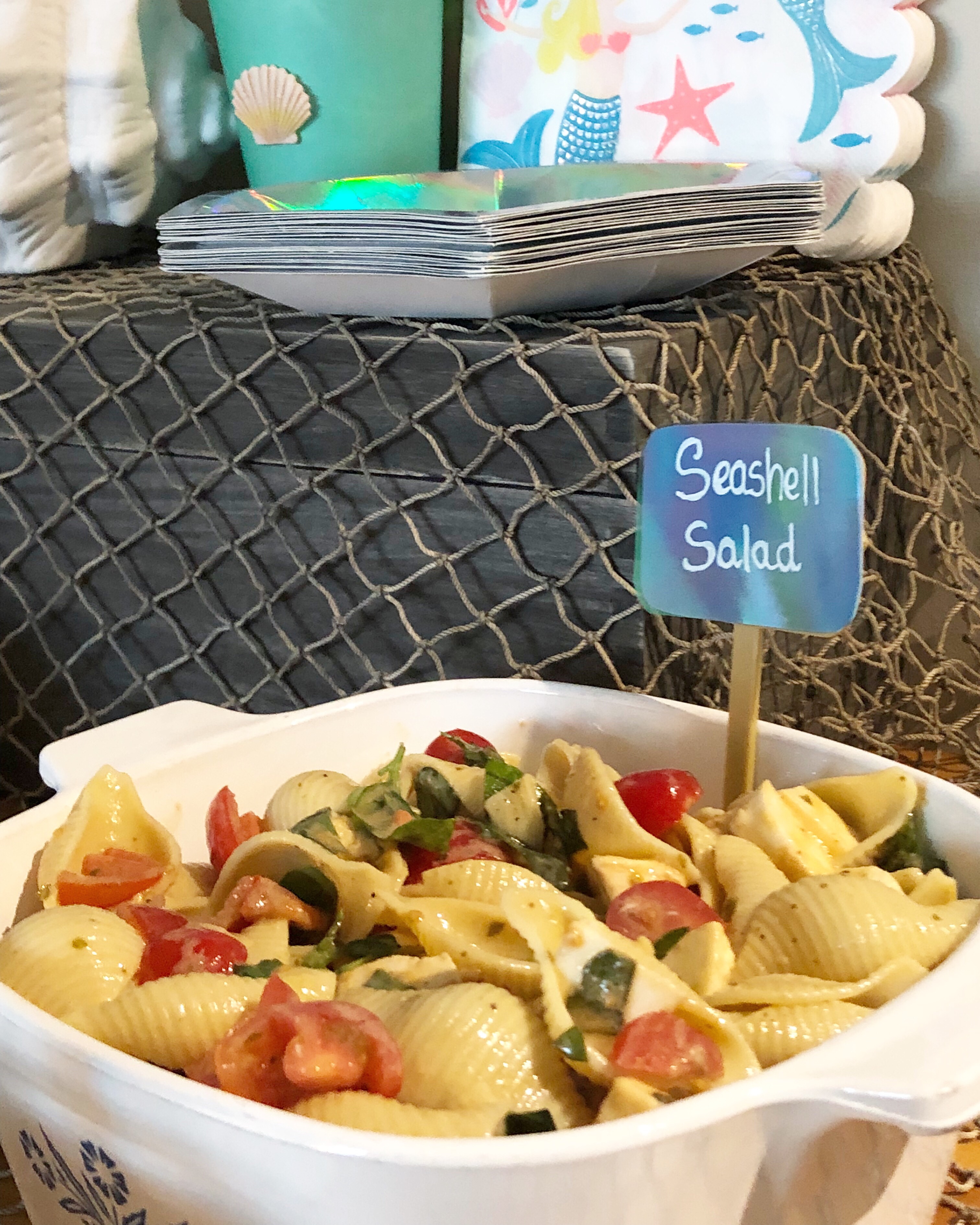 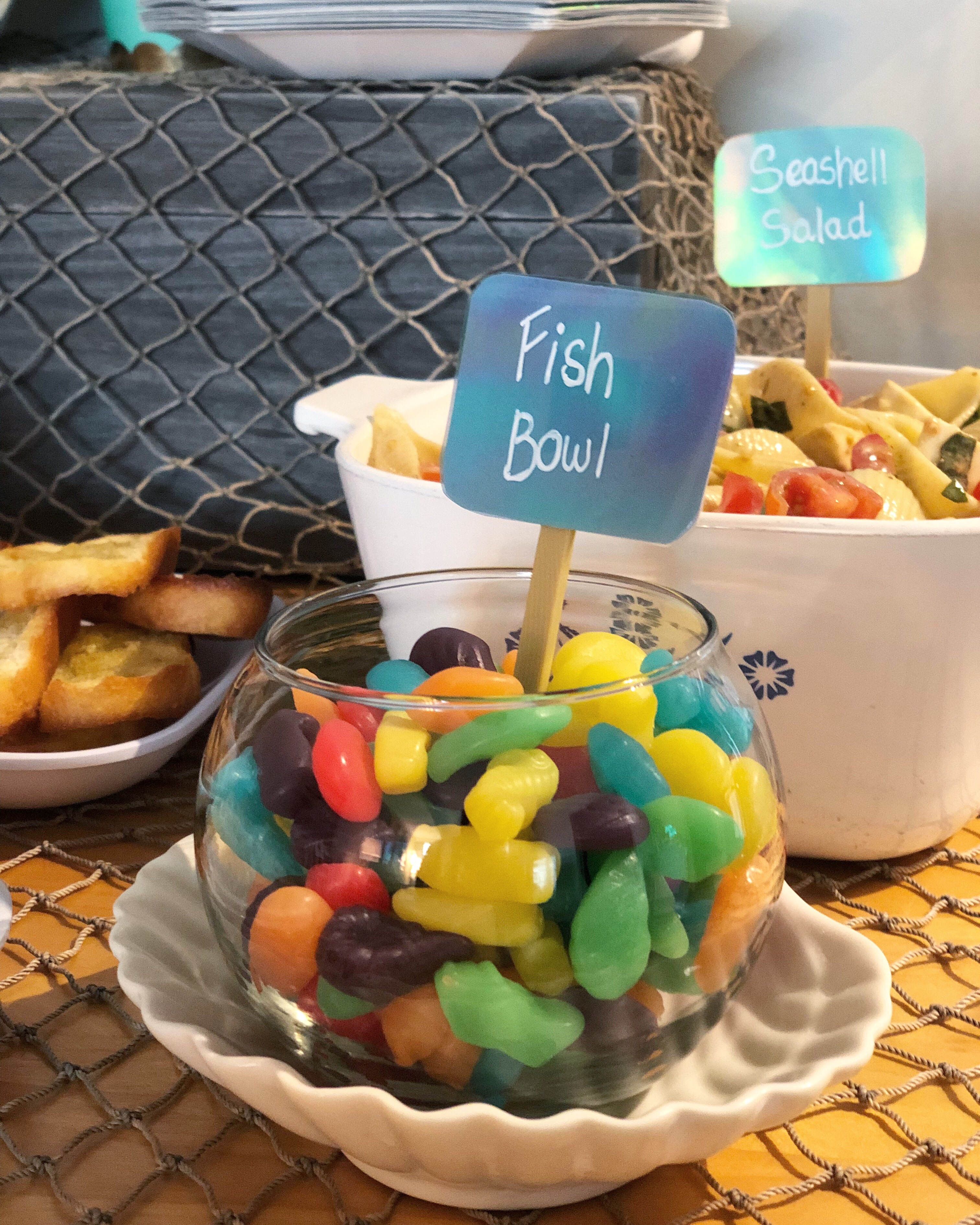 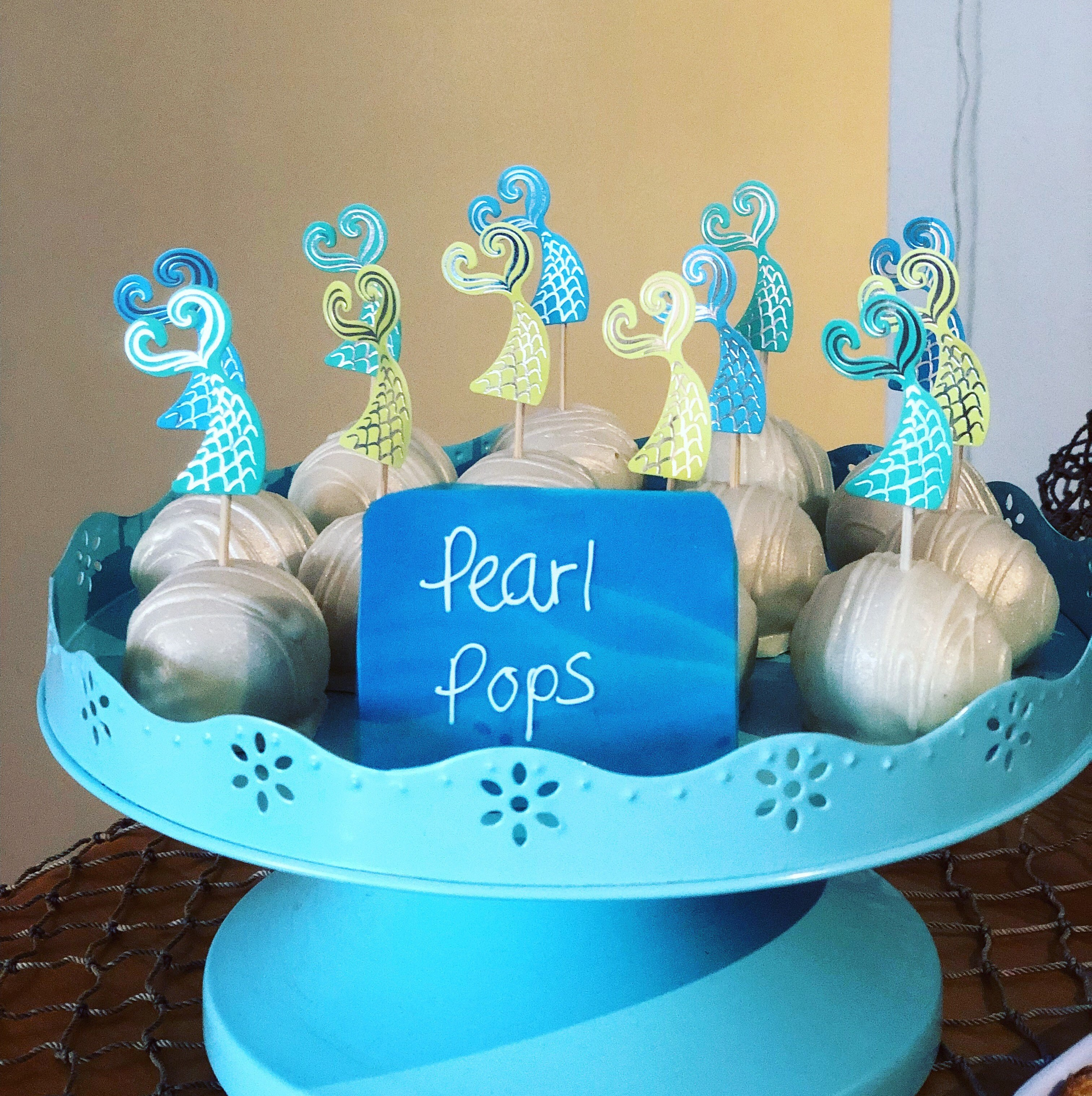 Small details often make the biggest impact, and I think when it comes to event styling, that’s the philosophy that I tend to follow. Event decor doesn’t always need to be over the top since the mood and style can be felt with simple details. And although I tried my best to keep this mermaid party as “grown up” as possible, it was the playful creativity that made this party a success and that sparked the most comments of admiration from my guests.

A curly-haired Virgo who loves to create, inspire and share the magic of everyday life.

Thank you for stopping by!

What’s In My Bag

You Can Also Find Me Here

This photo appeared in my "1 year ago" album, and it made me stop for a bit.
There are no photos that can really capture the imprint that was left on me here, witnessing this September sun sinking into her grand departure over a calm Superior Lake.
“I used to think that what made life worthwhile was going on big adventures, travelling to breathtaking places and seeing the wonders of the world. Maybe that’s still the case, but honestly, lately, what makes life worthwhile these days is when you make me fresh coffee in the morning, when we have bagels at the park and when we catch sunsets. Aren’t sunsets just grand?”
✨🌞♍️🌻
Dried flowers to welcome September 🌞🌾 Evidence that beauty remains even after it blooms.
The cosmos above our heads, on the night we were married. ✨🌖🌙
Camping is our end of summer ritual, and he proposed while we were hiking. Our love for the outdoors was weaved into the woodland theme of our wedding.
Our first in-person pandemic wedding, since our own. 😅😍
Today’s highlight on the ✨wedding series✨ is our wedding invitations.
Follow My Turquoise Bag on WordPress.com
Loading Comments...
%d bloggers like this: